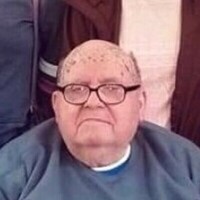 Funeral services will be at 4 p.m. Monday, July 6,  in the Martin Willingham Memorial Chapel of Wells Funeral Home with visitation beginning one hour prior to the service. The interment will be at Shady Grove Cemetery.

J.W. was born on Oct. 4, 1930, to the late Dewey W. Webb and Pauline Lovelady Webb in Lafayette County. He honorably served his country in the U.S. Army during the Korean War. J.W. worked has a construction worker and was a member of Loxahoma Baptist Church. In his down time, he enjoyed woodworking and gardening.

He will be missed by the family he leaves behind which include his children, Sandra Jo Burnett of Memphis, Mike Dean Webb of Coldwater, and Scott Webb of Pontotoc; three sisters, Martha Webb Herring of Arlie, AL, Sarah Webb Stringer of Stringer, and Fayrene Webb Gillispie of Oxford; a brother, Clayborne Webb of Oxford; nine grandchildren, and 10 great-grandchildren.

Along with his parents he is preceded in death by his wife, Mary Joann Goodwin Webb; a sister, Lena Webb Nicholas; and three brothers, Paul Webb, William Eugene Webb, and James Webb.