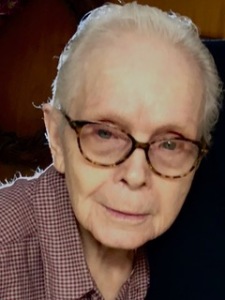 Fay was born Sept. 4, 1928, in Courtland to the late John Angelo and Nettie Hyland Fowler. She was a retired police officer.

Fay was a member of First Baptist Church in Nacogdoches. She had a special love for her family nieces, nephews, and her many friends.

She was one of the first female police officers in Memphis.

Fay loved her neighbors and community. When they were younger, she and James enjoyed participating in community outreach and donated time and funds to many organizations.

They sponsored and allowed a youth baseball team to practice on their property. Fay was a member of Veterans of Foreign Wars Auxiliary, the Home Demonstration Club, the Spinoff Club, younger older‘s church group, and Love ‘em Sunday school class.

Marie Leland remembered for her heart of service