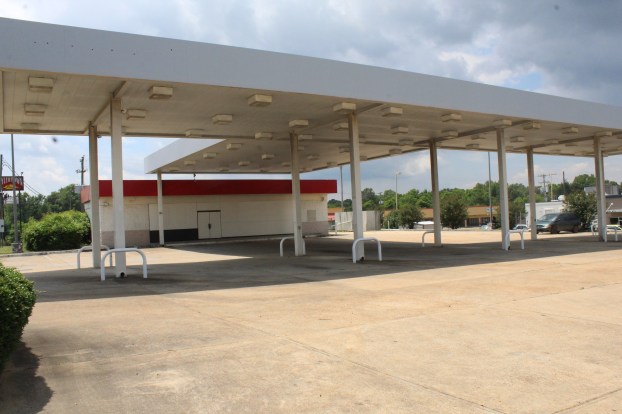 A new fast food restaurant may soon be the newest eatery in Batesville, and the proposed site is prime commercial real estate that city officials have wanted to see filled since a convenience store closed more than two years ago.

Jack’s has more than 170 locations in the Southeast, including a store in Tupelo. The corner of Hwy. 6E and Woodland Rd., a building that has been boarded for many months following the closure of a convenience store, will apparently become a Batesville franchise of the popular restaurant.

Representatives for the restaurant have made some preliminary filings with the Code Enforcement office and the mayor and board of aldermen have discussed a variance they expect the restaurant to bring before the city’s planning commission.

City officials have marketed the location to several prospective businesses in the past few months, trying to convince investors to consider the site, which sits at a major city intersection and is a short distance from the I-55 exit ramp.

The property will need major renovation, including the removal of underground gas tanks and probably the complete razing of the existing building. Jack’s has a distinctive look for their stores, found in Alabama, Tennessee, Georgia, and Mississippi, with a bright red logo and Jack’s spelled out in white.

“It all started in 1960, when we fired up the grill for the first time at Jack’s Hamburgers in the city of Homewood, Ala. That first location was a walk-up hamburger stand that served 10-cent sodas, 15-cent fries, and 20-cent shakes. Our popularity grew from town to town and neighborhood to neighborhood. This instant success was built on a foundation of great service, great food, and great people.“

“Over the years, that foundation has only strengthened with community involvement, charitable giving, and the always present “Smiling Faces, Friendly Service”. Since those early days, many things have changed in our world, but one thing has remained the same: We are still serving up quality food-with a smile, to keep you coming back, back, back to Jack’s, Jack’s, Jack’s.”

Chicken, in nuggets and sandwich variety, is also a feature item. Sodas, milkshakes, pies and ice cream round out the menu.

There is no definite timeline for the completion of the paperwork or beginning of construction. Just east of the location workers are continuing site preparation for the construction of a new Dodge’s convenience store, which will be adjacent to Sonic and include a check cashing service along with fuel, retail items, and its regionally-famous fried chicken.

CUTLINE: The vacant and boarded up former convenience store at the corner of Hwy. 6E and Woodland Rd., will be the location of a Jack’s restaurant city officials hope. (Glennie Pou)

The 34 acres of unmined land surrounding the gravel pit on Viney Creek Rd. the Panola County Board of Supervisors... read more