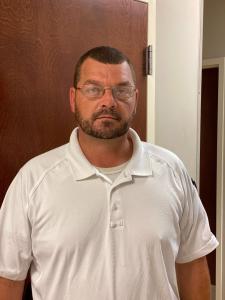 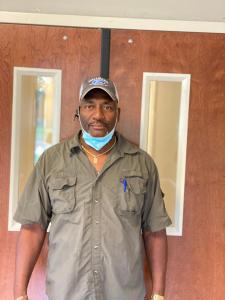 Two new police officers are patrolling the streets of Crowder.

Rocky Jaco and Marvin Pryor were hired as part-time officers during a conference call meeting of the Crowder Board of Alderman on Thursday, June 4. Both of the new officers began their duties this week.

“You see in the news what is going on,” Mayor Tommy Dorris said. “We need to have police officers.”

The men took the place of former Crowder Chief of Police Willie James Harris and Deputy Chief of Police Eugene Flowers. Both of these part-time officers also worked at the Panola County Sheriff’s Office. Mayor Dorris said both officers’ time of employment ended earlier this year.

Town Clerk Stephanie Armstead said that Deputy Flowers stepped down on April 12 to take a job in Southhaven. Chief Harris retired May 11 due to health reasons.

Before those officers were hired, Marshall “Rock” Fox  served as the full-time Chief of Police in 2019. At the end of his one-year contract, the board said they asked Fox if he wanted to attend a policing academy to get certified to serve longer as the Crowder Police chief. The board said that he declined.

“I think everyone liked Rock,” Crowder City Attorney William Sanders said. “It was just other issues.”

The Board was presented with three job applicants to choose from. The board passed a motion to only hire two officers at this time and to consider hiring an additional officer at the end of this fiscal year.

“I wanted to have three officers to have someone in the city limits at different times in case someone in Crowder were to call about a disturbance during the day, but I understand Sanders’ suggestion that we should wait and review the budget before we hire another officer,” Mayor Dorris said.

The board voted to hire Jaco with no objections. As an officer in the Quitman County Sheriff’s Office, Jaco said that he would still be available to deal with issues in Crowder.

“If something comes up in Crowder while I am at the Sheriff’s department, I can come,”  Jaco said.

The mayor suggested making Jaco the new Chief of Police.

The motion to hire Pryor as the second police officer was passed in a 3 to 1 vote. Pryor also works for the Quitman County Sherrif’s Office. He became the new Crowder Deputy Chief of Police.

“We just want to cover the town to be safe,” Mayor Dorris said. “That is my main concern.”

Both men were offered $1,000 a month. The number of hours the officers will need work each month is still being processed. They were officially hired Thursday night.

The board also passed a motion to hire a new general labor worker for the water department to help Water Supervisor and Maintenance Director Mike  Hankins. A motion was passed to hire Anthony “Sugar Ray” Stanton, Jr.,  for 40 hours a week.

He has been placed under a 90 day probation period. The board may choose to raise his pay after the probationary period if the budget is sufficient.

Other ongoing issues that were discussed included the potential of recruiting more firefighters for the Crowder Fire Station and new venues for food distribution.