New veterinarian credits Batesville roots and the arts for his passion 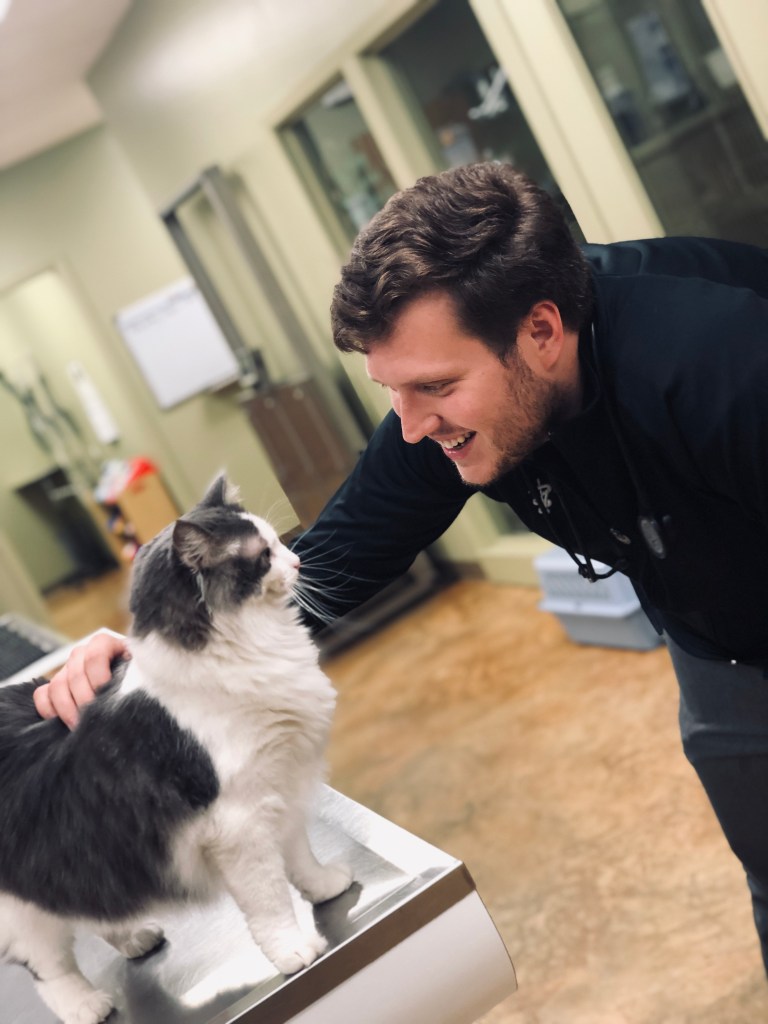 It was not the typical veterinary school graduation when Batesville native Trusten Moore was forced to celebrate the long-awaited moment in his bedroom, looking at a laptop computer screen.

Expecting to graduate in Southern California from the College of Veterinary Medicine at Western University of Health Sciences after years of hard work, his path was altered by the coronavirus pandemic.

Since late March, all U.S. veterinary schools discontinued in-person instruction, causing colleges to go online.  Moore, like so many others, had to reconcile with the reality of an electronic graduation, right down to the Virtual Oath Ceremony. 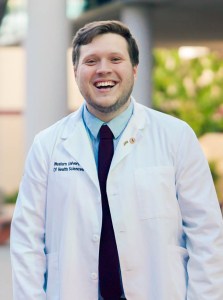 “We had family plans for everyone to leave Batesville and come out to California, spend a week here, just have a really nice graduation week, and all of that was put to halt,” Moore said.

The South Panola High School and Mississippi State graduate moved back to Batesville for two months when classes got cancelled, but returned to the Los Angeles area a couple of weeks ago to give himself time to settle in.

Moore credits growing up in Batesville for giving him an advantage over some of his peers in the veterinary field, and for how it inspired in him the natural ability to connect with people.

“Growing up in the South, having that family feel and that Southern hospitality, I think really, truly has made a huge impact on my career,” he said.

“Just being able to sit down and relate, and not get mad because someone can’t afford the five thousand dollar treatment – because I understand.  I come from a small town, where a lot of us live paycheck to paycheck,” he said of its influence.  “So Instead of getting mad like a lot of doctors do out here, I can sit and relate, and maybe share a story or two.”

Keith Moore of Batesville said his son’s varied activities as a youth, which continue to play a role in his life.  “He’s involved with a lot – a little boy from Mississippi,” he said proudly.

“We went from showing horses with him, to gospel music.  I emphasized music on him big time.  When he was little, I had to pay him to sing on Sundays at church, I had to bribe him,” he recalled lightheartedly.  “I bought him a recording studio.  I bought him a piano, guitar, saxophone – he can play just about any instrument out there, and now he’s stuck on a ukulele. Everywhere he goes, he carries it around with him.”

The historic Panola Playhouse in Sardis also played an important part in his son’s formative years in Panola County, according to the elder Moore.

“He actually directed a couple of shows here, and he was in Grease, Little Shop of Horrors, and Les Miserables,” he said.  “He directed Tarzan, and me and him built the set.  That kind of got him out there, where he wasn’t so shy.”

Like his father, Trusten emphasized the importance of his music and performing arts background, and how it has impacted his current work.  “My goal is basically to share veterinary medicine, through three ways – music, comedy and honesty,” he specified, about a theme he said has been developing over the past few years.

Aside from being a player at Panola Playhouse, Moore was also a member of gospel music group Souls For Christ, who toured churches in North Mississippi and throughout the Mid-South, and had success with a 2011 song, Send the Rain.

Moore uses his performance experience to connect with the veterinary and online community alike.  His parody of pop rock band Maroon 5’s hit song, Girls Like You, sung as Dogs Like You –  involving amusing veterinary term wordplay sang to the melody – connected with thousands of viewers online through YouTube.

The new Doctor of Veterinary Medicine also maintains a video blog where he discusses a variety of matters related to the experience of pursuing the veterinary profession during these times – ranging from basic topics such as suggesting smartphone apps for veterinary students, to more involved subjects like comparing veterinary internships vs. externships.

Exploring all ways of engaging with the veterinary community, Moore also writes for online publications, and in April covered the weighty subject of how students are taking advantage of social media to raise spirits during a pandemic.  The article appeared in DVM360, a leading authority on veterinary news.