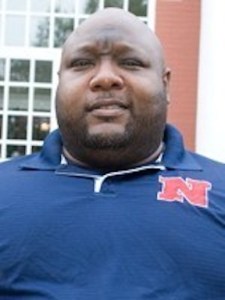 Danny Ray Cole, mentor to thousands of high school and college athletes through strength and conditioning coaching, died May 31, 2020. He was 57.

A member of the Mississippi Coaches Association, Cole was defensive line and strength coach at South Panola High School, his alma mater, from 1991 to 2000.

He had just completed his 19th year on the football staff at Northwest Mississippi Community College. Cole also served as the defensive line coach his first eight seasons from 2001-08. He taught fitness and conditioning classes Monday-Thursday and evening classes on the Senatobia campus.

In 2010, Cole was named Junior College Strength Coach of the Year by Samson’s in the March issue of American Football Monthly magazine.

Cooley’s Mortuary hosted a visitation on Friday, June 5, and a graveside service was held Saturday, June 6, at the cemetery of West Camp Missionary Baptist Church.

“There are few who embodied Northwest Ranger spirit like Danny Ray Cole,” Northwest president Dr. Michael Heindl said in a statement. “His positivity and dedication to student-athletes, Ranger athletics and Northwest Mississippi Community College as a whole will be sorely missed.”

During his 10-year stay at South Panola, Cole helped the Tigers reach the Class 5A State Championship game on four occasions and won it in both 1993 and 1999.

Away from the playing field, Cole lifted weights as a hobby, earning him a place as one of the “Strongest Men in Mississippi” by the Mississippi High School Coaches Association.

Cole competed in the super heavyweight category of 300 pounds and up and could bench press 600 pounds and squat 900. He qualified for the 1986 Olympic team as a world-class bencher.

By Jake Thompson Oxford Eagle The Southeastern Conference will begin its slow return to normal next month. A vote by... read more