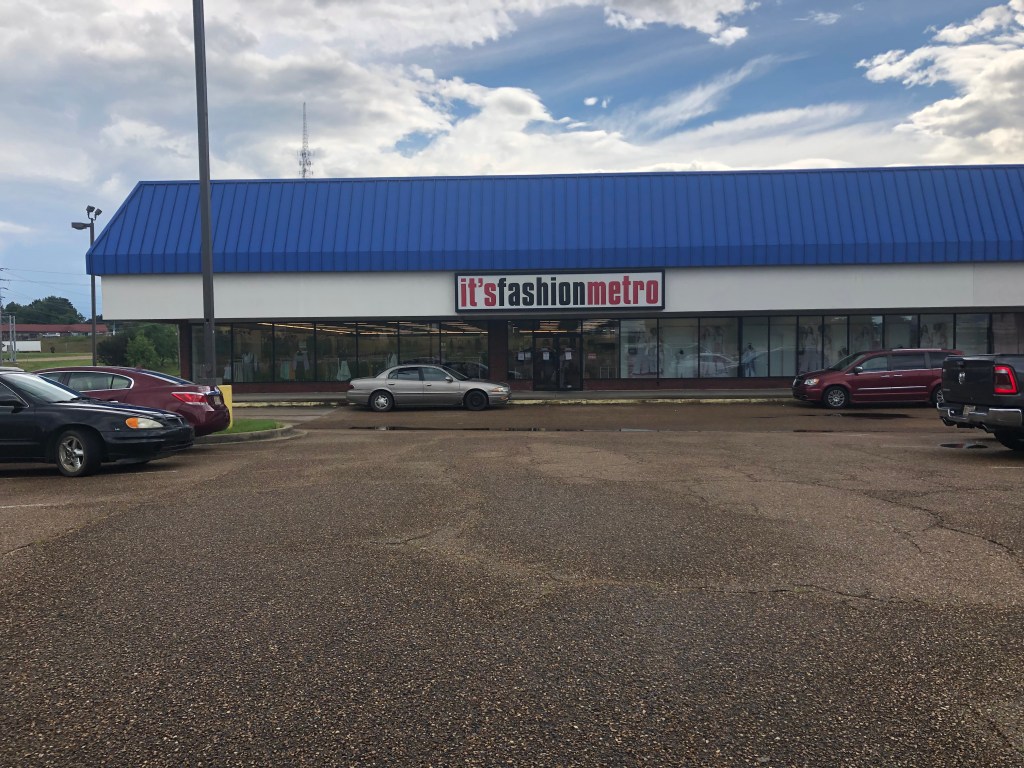 Will they stay, or will they go?

In the case of It’s Fashion Metro, located on the outlet mall property once known as Factory Stores of Batesville, there are two answers – yes and no.

Yes, says the Panola County Board of Supervisors, the new landlord since the property was conveyed to county ownership from Panola Partnership, who purchased the mostly-vacant strip mall for $2.6 million in October of last year with an ambitious plan to partner with Northwest Mississippi Community College and the City of Batesville (who put up $2.6 million for renovations) to establish The Concourse, a workforce development satellite campus of the Senatobia-based school.

No, says the Cato Corporation who owns the retail store, and had a lease agreement with the previous owners. Cato maintains its lease was transferable in the event the mall property was sold. This is a common protection clause written into similar retail leases, although the spirit of those agreements is generally applicable when the new owners intend to keep retail stores already established.

In this case, the whole scope of the property will change from retail outlets to a college campus, and has caused the dispute between Panola County and the Cato Corporation. Century Construction of Oxford was last month awarded the building contract for $8.3 million and has since completed much of the demolition necessary to begin transforming the property into a state-of-the-art workforce development center in conjunction with area industry.

Much of the parking lot is currently fenced off as workers continue with the demolition stage of the project. Jackhammers and heavy equipment can be heard working at the construction site, which looks like any other large rehab project, except for the It’s Fashion Metro store which had several customers Thursday afternoon and appears to be enjoying a brisk business.

“They will definitely have to move, no question about it,” said Joe Azar, director of economic development at Panola Partnership.

Not so says Cato.

County supervisors have been anxious to have the property completely vacated by retail businesses and Cato has been the long hold. Mexican restaurant El Mariachi kept their store in the mall space until early this year when they moved to a building in the same strip as Piggly Wiggly and Family Dollar on Hwy. 51.

Azar did not give complete details, but confirmed that Panola Partnership, in the interest of economic development and saving the business for Batesville, helped El Mariachi find its new location.

Because of the terms of Cato’s lease, Panola Partnership reportedly has offered up to $50,000 to aid in the moving of It’s Fashion Metro to another Batesville location, presumably the former Goodwill store on Hwy. 6 in the shopping center once anchored by Fred’s. Both of those businesses have closed their Batesville operations in the past year, although the Goodwill store has now been filled.

The back and forth between the Partnership office and representatives of Cato Corporation matters little, according to County Attorney Gaines Baker, who said Thursday the matter will be resolved between his office and attorneys for Cato, or eventually in Circuit Court.

“Cato does not have a warranty deed, they have a mere lease, and the power of eminent domain is greater than a warranty deed,” Baker said. “They will most certainly leave, it’s just a question of how much it’s going to take to make that happen if the company continues to refuse to negotiate in good faith the actual value of its lease hold estate.”

“No jury in Panola County is going to allow Cato or any other corporation to stand in the way of progress, especially in the area of education,” Baker said. “Several attempts have been made to accommodate Cato in an effort to help them relocate and allow them to stay in Batesville with less than favorable response.”

The stores, mainly offering junior, missus, and plus sizes, with a limited selection of men’s clothing, are found around the country, usually in shopping centers and malls anchored by major retailers such as WalMart.