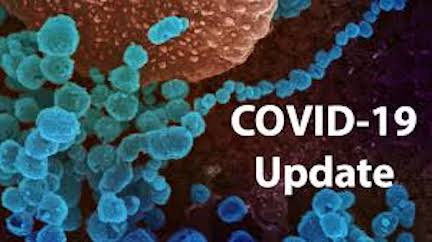 Panola County’s number of confirmed cases of COVID-19  has sharply increased in the past week, and Emergency Operations Director Daniel Cole is urging citizens to maintain the same level of vigilance in holding down the coronavirus infections that kept numbers relatively low for almost a month.

In late April and early May, the Mississippi State Department of Health reported 45 or less total confirmed cases for the county, and almost two weeks passed without a single new infection.

Then, beginning last Thursday (May 14), positive cases began to reappear in Batesville and its surrounding towns and communities. Now the MSDH is reporting 60 cases in the county as of Friday (May 22) morning.

Because of the lack of new cases in the county, Cole said he is concerned that people are relaxing their effort to maintain social distancing and continue to follow CDC guidelines for handwashing and other sterilization practices.

“It’s graduation time and some people are holding parties and get togethers that maybe they should not be doing at this time,” Cole said. “We went a couple of weeks without a new case, but these numbers show that we are definitely not immune from having increases if people don’t keep up the same level of precautions that helped us keep the numbers steady earlier in the month.”

Cole stopped short of saying city and county officials allowed re-opening of businesses and gatherings too early. “I wouldn’t say that, but I do believe that it’s up to each one of us to continue regular hand washing with antibacterial soap and avoiding crowds of any kind. It’s going to be this way for some time and people have to understand what spreads this disease and keep safety precautions in mind at all times.”

On a positive note, Cole said that because Panola County went so long with no new cases, and considering the health department’s timetable of 14-21 days recovery period for infections, he believes the county has fewer than 20 active cases of COVID-19.

Cole said of the active cases he is aware of, there are none severe enough to require hospitalization of infected patients. Also, of the 15 new cases reported in Panola during the last week, six of those patients live in the same household, leaving only nine cases over the rest of the county.

Most encouraging, though, for Cole and other county officials is the fact that Panola has zero positive cases from the three long-term care facilities here.

“We have been very fortunate in that area, but it’s simply because from the very start the nursing homes in Batesville and Sardis have followed every guideline and were on strict shutdown,” he said. “There’s not much that can be done when there are outbreaks in those facilities and I’m thankful we haven’t had those types of outbreaks.”

“We’ve also had just two deaths,” he said. “We don’t want any deaths of citizens, but other counties in Mississippi have had more and I’m thankful for our low number there.”

People should continue to practice social distancing, and especially keep personal hygiene at the forefront of their efforts.

“Even when you are outside please remember that you must be standing at least six feet apart. If you’re outside and standing too close to people, you can still spread the virus. We have to keep thinking about staying safe or our numbers will keep rising,” Cole said.

Part of the concern local officials have about Panola’s rising number of cases is caused by similar, or worse, increases in neighboring counties, with several outbreaks in long term care facilities.

In Lafayette, there have been 116 cases, three deaths, and 37 cases in nursing homes or assisted living facilities. Yalobusha has 79 recorded cases, 24 in the long term care facility in Water Valley, and four deaths, all from that facility.

Tate County has 59 cases, two deaths, and two positive cases in a long term care facility. Tallahatchie has reported 23 cases with one death, and no nursing home outbreak. Quitman County has also seen an increase in cases in the past week (23 confirmed now), with employees in the courthouse and Marks City Hall also reportedly testing positive. The nursing home there had no cases as of Thursday evening.