City board passes order for daycares after concerns raised 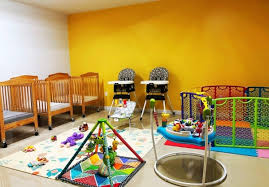 The City Board will meet again at 3 p.m. Friday to discuss what businesses will be allowed to re-open in Batesville, including gyms and fitness centers.

Daycares for children, and adults alike, in the City of Batesville must begin checking temperatures of all employees and children upon arrival and departure from their facilities starting a 6 a.m. Monday, by order of the Mayor and Board of Aldermen.

Any facility that has an employee, or child, who tests positive for COVID-19 must also immediately close their facility and have professional applicators sanitize the building using a fog system that kills the dangerous virus on all surfaces.

Public Works Director David Karr made the recommendation to the Mayor and Board of Aldermen after a meeting with the group of city and county officials that has become the local de facto coronavirus team for gathering information and keeping aldermen and supervisors abreast of the latest developments.

Police Chief Jimmy McCloud, also part of the coronavirus team, said the rules for daycares will basically be the same as those the board placed on factories, who must all check temperatures twice a day, send home anyone with a 100.4 or higher degree fever, and fumigate the facility (each time) an employee tests positive.

The Mayor and Board of Aldermen met in a special session at 10 a.m. to deal with the matter of daycares because of concerns some citizens voiced to the county’s Emergency Operations director Daniel Cole, who relayed the information to Karr and McCloud at their 9 a.m. meeting.

Cole had received calls about a local daycare which is set to open next week after being closed since March 19. That business was reported to have at least one employee who was ill with coronavirus and has since recovered.

Karr said it was only reports from citizens and not yet independently verified by Cole’s office. The EO office would be speaking to the owners of the daycare today to verify whether any of their employees had indeed been COVID-19 positive patients.

It was unclear, Karr said, whether the concerned citizens were reporting an employee was ill before the daycare closed on its own, or if they had been tested positive during the business’ down time.

The Panolian has chosen to not report the name of the daycare, considering the privacy of the employees there.

The consensus of the board, included in the motion, was that the facility would be subject to complete a professional disinfection before being allowed to open should Cole’s report conclude that an employee was a COVID-19 patient, no matter when the diagnosis was made.

“The big deal with Daniel and all of us was that the kids could be asymptomatic and not showing any signs or symptoms and carry it home and kill mama and daddy and grandmama and granddaddy with it,” Karr said.

Karr said that instead of just addressing the daycare in question, the committee thought it would be best to issue an order that would cover all the daycares, like the one that set the standards for industry.

Aldermen Stan Harrison, who made the motion, suggested the order go into effect at noon today, but McCloud asked the board to delay implementation until Monday to give his office more time to deliver notices to the daycares located inside the city limits of the board’s decision.

The Batesville board will meet again at 3 p.m. today to discuss the announcement made by Gov. Tate Reeves today that officials would be “easing the brakes” on non-essential businesses beginning Monday at 8 a.m.

Aldermen said they wanted to read the Governor’s official order before deciding if any of the local orders issued from City Hall would be relaxed and would need a few hours to find copies and read the language.

Specifically, the city board will be discussing at this afternoon’s meeting whether gyms and fitness centers, non-essential businesses by definition and closed under the Governor’s previous order, will now be allowed to re-open in Batesville.