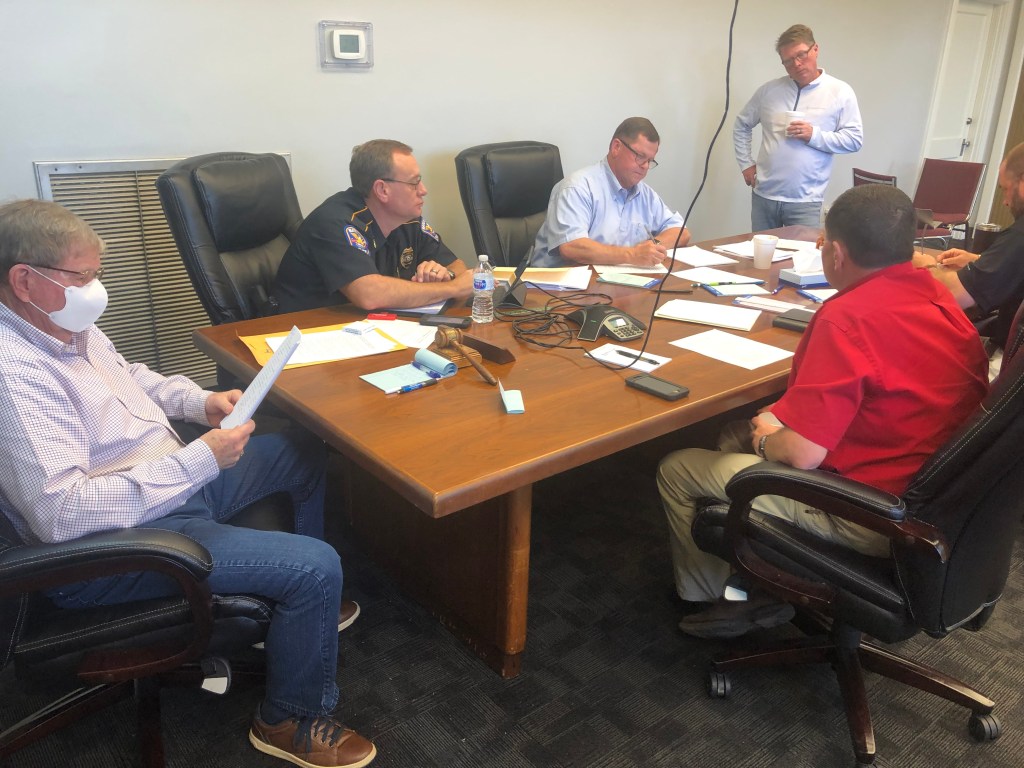 The streets of Batesville were almost empty of all traffic after 10 p.m. last night, according to Police Chief Jimmy McCloud. Officers stopped just a few cars after the 9 p.m. curfew started, but issued no tickets. “Officers told them to go home and it wasn’t a problem,” he said.

Retail stores have also been cooperative, for the most part, the chief said and most are self-monitoring to follow the occupancy guidelines. In Batesville, essential retail stores under 4,000 sq. ft. may  legally have no more than 5 customers inside the building at one time.

Stores with more than 4,000 sq. ft. may have up to 25 percent of the store’s fire occupancy limit inside at one time. McCloud said the department has warned a couple of stores about allowing more than allowed inside, but no owner has yet been issued a citation.

The fine for breaking curfew, or the in-store limit, is $1,000 and/or 90 days in jail. In the case of an retail outlet citation, it’s the owner who will be ticketed and not the extra people. McCloud said it is the duty of the stores to monitor their customer count.

Schools aren’t likely to return to classroom this semester and the city has suspended much of the Code Enforcement office’s duties, leaving those employees  available without taking regular patrolmen off the streets.

Public Works Director David Karr, part of the Covid-19 Response Committee that meets each morning, updated the Mayor and Board of Aldermen at Friday’s meeting about some of the city’s departments. Since the local onset of the pandemic Karr has worked mostly on the city’s daily plan to combat the killer virus, but also has regular city business that must be attended.

He told aldermen that each department is working with half-shifts when possible and staggering projects to keep groups of workers away from contact with one another. Should an employee fall ill, that person’s group can be sent home for quarantine, saving a half-crew to continue.

The half-staff plan is the most widely used workplace system for municipalities across the nation who are suffering along with many businesses to carry out routine operations with coronavirus infection ever threatening to disable entire work crews and staffs.

Karr said the Street Department is a few days behind picking up sticks and brush that residents have put on curbsides, but a city truck ran Friday and will be on the streets all next week picking up piles and keeping the streets of Batesville neat and clean as they would be in normal times.

“I know there’s a lot of stuff around town, I’ve been noticing it, too, but we’re trying to get to it and get it done,” Karr. “We are going to get it out of the way.”

“I know with these warm weekends people are working in their yards and piling it on the streets. We’re trying to get it up fast as we can,” he said.