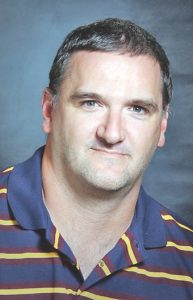 As the South Panola baseball team loaded the bus after winning three games at the Battle of the Beach tournament in Biloxi during Spring Break, little did they know the ride back to Batesville would probably be the last game of the season.

With the COVID-19 crisis nearing its peak, the MHSAA recently pushed the potential starting date for all athletic events to April 17, but until then everyone is playing a waiting game for further notice.

It’s looking like we won’t have any sports this spring.

“This is the third week we have been off and I have replayed that week on the coast a hundred times,” said Tiger head coach Jake Mills.

“I never in my mind thought we would be out this long. I said OK we’ll be out a couple of days to a week and this stuff will blow over. We had started to come together as a team and finding our identity. We had everyone throughout the lineup playing well and really excited and heading into division play which was going to start the following Tuesday,” said Mills.

While he has not seen any of his players face-to-face, Mills did say he had a chance to commutate through internet and told them just to be ready in case the season is resumed.

“The MHSAA has given us some hope and not just pulling the trigger early. The only thing I can tell the guys is be ready if there is a chance we get to play again. I have always told them control the things you can control and right now we can’t control this,” Mills said.

“I’m sure they are doing as much hitting and throwing as they can possibly do, but not everyone has a batting cage at their house and can hit anytime they want. We have sent them a few things they can do at home, but nothing compares to being on the field and around your teammates. I’ve gotten numerous texts from them saying how much they miss the coaches and just doing the every day things we use to do and that is what hurts the most.”

Two Tiger baseball players, seniors Wes Morgan and Caleb White,have found their own ways of staying in shapes if and when the season resumes.

“I’ve been running a lot and doing a bunch of individual drills trying to improve my footwork along with pitching as much as I can,” said Morgan, who pitches and plays centerfield for the Tigers.

“Everything happens for a reason but I always think why did this happen my senior year. We still don’t know if we ever will go back to school and have graduation. It’s been tough to sit at home and think about,” said Morgan.

He originally signed to play football at Holmes Community College, but has decided to walk on at the University of Memphis after getting accepted into the school’s engineering program.

White meanwhile said has been throwing and hitting in a teammates batting cage in the spare time. The son of Sammy and Cassie White committed to play baseball next season at Mississippi Delta Community College.

“I’ve been taking cuts at Bo Williams house where he has a batting cage and been throwing when I can,” White said in a quick interview this week.

White is working at Herron Lawn Service this spring and said the work there is enough to keep anybody in shape.