The board meeting referenced in the following article took place Monday, March 9, a few days before the current Covid-19 pandemic took over all national and state news coverage, and most local stories. Any dog ordinance for the county will be probably be months in coming, and supervisors aren’t likely to consider any such discussions until public health conditions and safety levels have been returned to pre-coronavirus levels. At some point, though, matters such as these will again be brought up for consideration, and public input, at future public meetings.

A complaint about a neighbor’s dog at the Monday, March 9, meeting of the Panola County Board of Supervisors led to more discussion about the adoption of a leash law or the banning of breed-specific dogs in residential areas.

John Chrestman, a resident of Sardis, complained that no county law protects citizens from the possibility of a vicious dog attack. Only after a canine has exhibited a propensity to aggressively chase people or other animals unprovoked, or has bitten someone, can law enforcement remove a dog, he said.

“It’s too late after a dog has attacked and hurt someone, hopefully not a child, to say that a dog is vicious and you take it away,” Chrestman said. Specifically, he said a neighbor has a Pit Bull Terrier and a fence that is four feet tall, and he is afraid for his grandchildren’s safety.

Sheriff Shane Phelps told the board he knows about Chrestman’s complaint and had sent a deputy to ask the owner about the dog. The deputy reported the dog is kept inside the house except for short breaks, and displayed no signs of aggressive behavior. 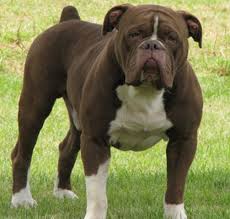 Other dogs in the county are causing problems, though, Phelps said. Deputies routinely answer calls about dogs attacking cattle and roaming through residential areas, and county law enforcement would welcome help with control of problem dogs, he said.

The idea of banning some breeds of dogs would certainly produce public comment, though, and supervisors may not be ready to take on such a controversial matter.

Mentioned at the meeting were several breeds, including Pitt Bulls, Dobermans, and German Shepherds, although supervisors made no decisions about any breeds they might want to see in a potential ordinance.

The supervisors said they will not adopt any new dog standards for the county without citizen input and suggestions, and are only in the beginning stage of making any decisions about dogs.

The board did agree, however, that Panola County has a problem with canines, and will need some type of regulations in the near future.