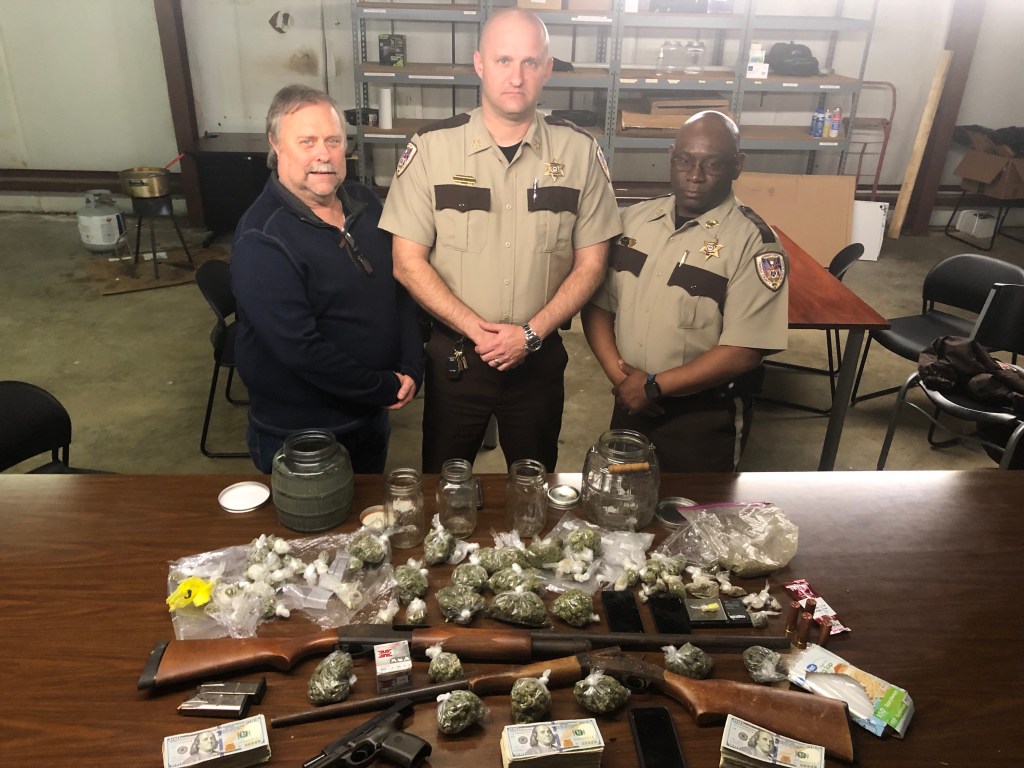 Agents of the Panola County Narcotics Division made one of the easiest seizures of illegal drugs they could ever expect Monday afternoon in the Como area.

Sheriff Shane Phelps said the agents went to a residence on Abram Road to serve a warrant and were able to contact the subject. In the process agents smelled marijuana and saw bags of green, leafy substance, and the subject admitted it was marijuana and there was more in the house.

“They said it looked like he was sitting by the door and selling marijuana out of this big jar,” Phelps said. “It makes no sense to me what he was doing, but I’m glad our agents did a good job and got these drugs off the streets.”

Seized was more than a pound of marijuana bagged for distribution, several thousand dollars in U.S. currency, and three weapons.

Phelps said at the request of the Narcotics Division the subject’s name was not being made public until later in his legal proceedings due to other ongoing investigations.