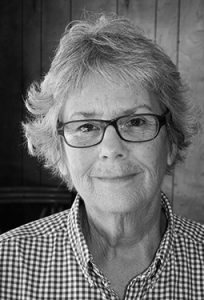 February is my least favorite month.

It has as expected brought on a raging bout of Cabin Fever. It has rained nearly every single day, the wind was not only blowing but howling and the humidity was very high making for miserable days. And, to boot, the month was a day longer than I needed it to be.

Something about Cabin Fever makes me hungry. Ravenously so. I feel, literally as though I ate my way and weight through the whole wretched month. I craved food. Any food. No matter if it was savory or sweet, I just wanted to eat. I always felt as though I wasn’t quite satisfied after every snack or meal. I’m not sure what I wanted or needed or was lacking.

I kept watching the scales closely to make sure I was balancing my activity levels with my calorie intake. The needle never moved. I’m not sure how that could be possible but I suspect that in the wee hours of some morning in the near future I will suddenly gain five pounds or more. I’m waiting.

So March finally made its way here blowing in on a sunny Sunday morning. I wasn’t feeling well and Dear Don had had a tough week, so I stayed home from church to spend time with him and he with me.

We ventured out and walked the yard discussing all the projects we hoped to get done in March.

We eventually took a break and sat on the tailgate of the truck sipping on soft drinks and enjoying the welcomed warmth of the sun. The forecast is for rain again for the next three or four days. UGH.

To demonstrate just how low on the scale of fun things to do we have sunk, I was trying to discern what I thought was two words on the lid of my drink can. The sun caught the letters and I squinted and twisted the can to try and figure out the letters to make words.

Dear Don gave it a try and said that it was, “Chiamentyvt miory!” exclaiming that it sounded Spanish. I started giggling as he kept throwing out words to the point of nearly spitting my drink out. He was trying really hard to figure this puzzle out.

After a few minutes it all became very clear to me. These were the following letters as imprinted on the can top, CTHIIAMAMENYVT  and MIOR. Each group was followed by 10 cents and 5 cents.

It was not a code or a conspiracy or even a hoax. It was merely stating in abbreviation the states that will pay premiums or tax on each can. The states were in order, Connecticut, Hawaii, Iowa, Massachusetts, Maine, New York and Vermont. This group was followed by the 10 cents. The second group was Michigan and Oregon followed by 5 cents.

It all made perfect sense once we realized what we were looking at. We started laughing and spent the next 15 minutes poking fun at one another for thinking outlandish thoughts about what the letters meant.

This turned into an endorphin releasing moment that we both enjoyed so much. We continued to sit and watch the clouds roll by. It was hard to give up being outside knowing we would be stuck back in the house for the better part of the coming week.

But brighter and warmer days are ahead. Daylight Saving Time is this Sunday and the days will slowly increase in daylight. The nights will get warmer and the trees will fill out and the grass will begin to green.

Spring is a refreshing time once you get past the pollen. I look forward to being back on the mower and watching color come back to our little spot on the earth.