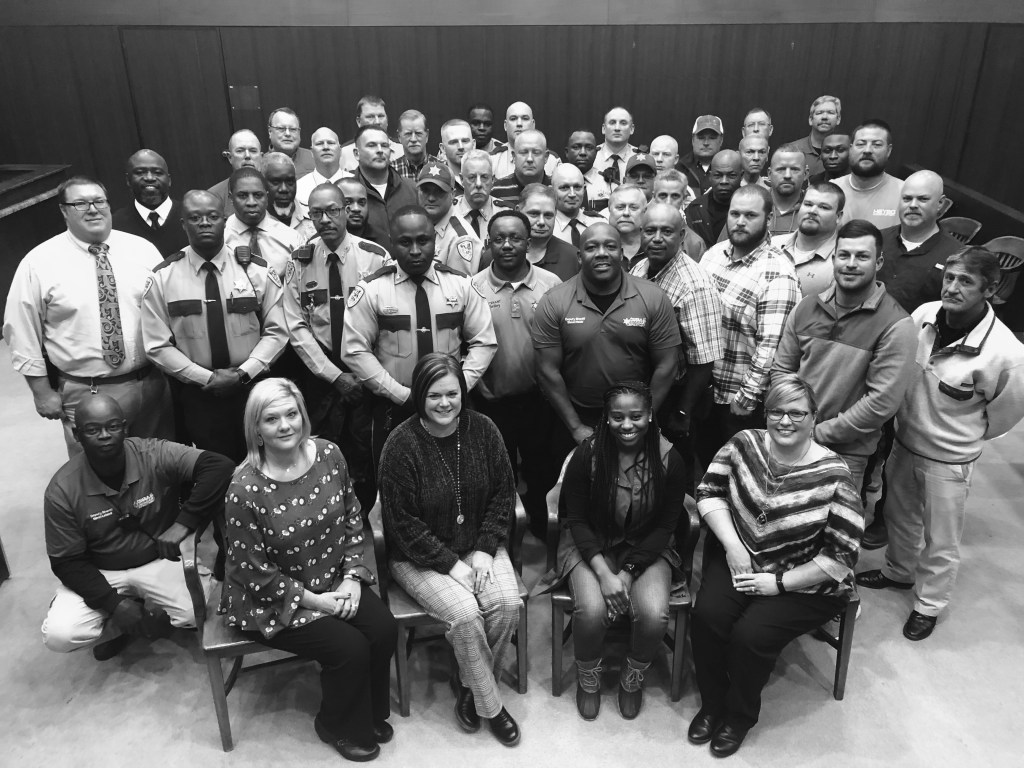 A Jan. 7 meeting of the whole Panola County Sheriff’s Dept. was held at the Sardis Courthouse. Sheriff Shane Phelps and his assistants addressed a number of issues and laid out new department policies.

Two weeks into his term as Panola County Sheriff, deputies hired by Shane Phelps are adjusting to new department policies, changes that are focused on higher visibility of officers and personal accountability.

Phelps did not openly criticize former Sheriff Dennis Darby at a department-wide mandatory meeting held Jan. 7 at the Sardis Courthouse. He did, however, tell his staff that months of campaigning last year convinced him the Sheriff’s Office has failed in the public relations aspect of law enforcement.

For more than three hours officers from the Batesville Police Department patrolled the county and answered calls while deputies, investigators, and other officers were measured for new uniforms and put in orders for police gear.

Just three officers were absent – one was hospitalized and two others were at the training academy – as Phelps outlined the new policies, covering topics from sunglasses to boots.

The most noticeable changes are complete uniform, including ties, for all department personnel at all times. Exempt, of course, are officers in the task force or investigators who need to wear different clothes at times.

Phelps retired from the Mississippi Highway Patrol to run for the Sheriff’s position, and gave indications he will require local deputies to abide by some of the stricter dress standards associated with that agency.

Among the items covered by Phelps and Major Bill McGee in the meeting were: