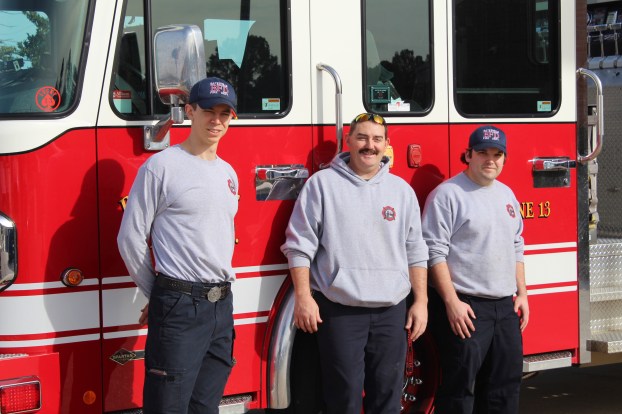 Last year was a good one for the Batesville Fire Department, and 2020 will be better if nothing stops the plans of Chief Tim Taylor. Aldermen have already commissioned and received construction plans for a new fire station, and additional staff and training will continue to move the department forward, he said.

Batesville had no fire deaths in the year just past, and no firefighter was injured while performing his duties. In all, firemen 52 fires to put out in 2019, with 42 of those classified as unintentional. One fire was intentionally set, eight others are under investigation, and one fire was of cause undetermined, according to end-of-year numbers.

Firefighters also responded to 27 car fires and two brush fires. In all, the department made 367 runs, many being for false alarms, smell of smoke, and car accidents.

Because of three additional positions filled in the city in the past year, combined with firefighter training and upgraded equipment, the city also had its state fire rating improved from Class 6 to Class 5. This helped property owners see a decrease in their fire insurance premiums, and made the city more attractive to potential business because of the better rating.

The new station, planned for Van Voris St., will further improve fire protection in Batesville, Taylor said. About 42 percent of the structure fires in the city last year were in west Batesville, the area of the city without a station that is fully-staffed around the clock. Station No. 1, behind City Hall, houses a truck but has no living quarters.

The new station will be a modern structure with multiple bays and include offices, living quarters, and training areas.

Taylor has a full agenda besides overseeing the staffing of the new station. He will continue to push for extra turnout gear for each firefighter, citing studies that say turnout gear that gets dirty with smoke and fire debris exposes firefighters to carcinogens.

Taylor said firemen should have extra gear to use while a dirty set is being cleaned. Grants for extra bunker gear are becoming available as more is learned about the dangers, Taylor said, and he will pursue those funds.

The chief said the improvements to the training area during the past year has made it possible to host state-mandated courses with other departments, something he believes is a positive for all involved. “We can host this training and it brings people into the city and lets our guys sleep in their own beds at night instead of traveling to the academy. We want to do more of these this year,” he said.

Taylor also said the new year will bring additional efforts to have firefighters trained for emergency medical service calls. Often, firemen are at scenes of wrecks or other incidents waiting with victims while ambulance personnel are in route.

“We aren’t going to be transporting people to the hospital but if firefighters had EMS training that could be used to assist victims who are waiting for paramedics and the ambulance it would help in a lot of situations,” Taylor said.

Reassignments of some upper management personnel in the Fire Department will be necessary when the new station is completed, along with the extra firefighters and support staff. Taylor said he will also continue his effort to have pay raises adopted for the next budget year.

“That’s just something we are going to have to get done if we have any chance of staying competitive with the surrounding departments,” Taylor said. “It costs the city a lot of money in time and training for new firefighters and we need to keep the ones we train.”

Aldermen stick with ordinance, won’t make Christmas exception This week’s regular meeting of the Batesville Mayor and Board of Aldermen... read more