Calamity may be coming, shop now for rice & sugar 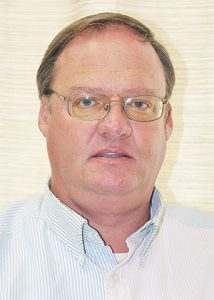 Relax. Nothing is going to happen, everything will be just fine.

Assuming the ship will hold steady until midnight Tuesday, we have survived another decade without the type of catastrophic event that would seriously disrupt the lives of the folks in Batesville, our state, or nation.

We have no reason to believe the coming New Year and decade will be any less prosperous.

But, just in case, perhaps we should consider the possibility that terrible and dreadful days may, in fact, be coming our way. Throughout history the Four Horsemen have, at times, ridden around the world trampling millions of innocent souls.

Will those very riders not one day visit War, Famine, Pestilence, and Death upon our precious land? It’s inevitable. Who knows when?

Remember, please, that just five years ago there was a major outbreak of Ebola in Africa that almost hit a tipping point and triggered a world-wide pandemic. Have we forgotten there was a serious case in Dallas? And several more in the United States?

It was contained in the nick of time, although our federal government repeatedly told us we were in no danger and that Ebola virus is less contagious than chicken pox. Hogwash.

A strain of Ebola will one day circle the globe despite the great work of the doctors and scientists who fight every day to contain outbreaks in far away places. Tens of millions will die. The question is when.

Who cares if it’s less contagious than measles if the mortality rate is 90 percent?

Don’t forget about the earthquake that’s coming. The New Madrid Fault hasn’t been in the news in a few years, but everyone knows we are living above one of the largest fault lines in the United States.

Read about the great quake of 1811. It was a nightmare that lasted months. What if that happens again?

Have we studied enough about the Carrington Event of 1859? Great solar disruptions in the atmosphere produced lights in the Northeast bright enough to read newspapers at night, reports said.

The highest tech device of the time was the telegraph and that whole system was knocked out of commission and badly damaged.

That same solar event now would shut down all power and electronic communication, and likely most vehicles. This decade, in 2012 maybe, scientists say a serious solar storm missed the Earth by less than two weeks, whatever that means.

The country is also constantly under cyber attacks we are told, and surely the computer terrorists will never stop seeking to wreck America with their evil keystrokes. The Red Chinese and Communist Russians are among these villains, and they are diligent.

And then there are the real terrorists who streamed across our borders, virtually unimpeded, while Barack Obama was president. More have followed despite Donald Trump’s best efforts to stop them.

In the North there are militant Muslims living alongside the peaceful people who practice Islam. State and federal authorities have no idea who they are, and can’t keep track of the ones they know to be dangerous even as their numbers increase.

These people want to spill American blood on our soil, and do so fairly regularly while a complicit national media continues to report that these are “lone” individuals committing isolated crimes.

These militants love to kill Christian children, nothing makes them happier. Real danger, my friends, lurks, and may one day find its way to our peaceful village.

There is, however, good news.

I checked around Saturday and both Kroger and Piggly Wiggly were still offering pretty good discounts on canned goods, and other non-perishable food items.

Stores always have cream of mushroom cheap this time of year and I buy about 50 cans. Same thing for green beans, carrots, corn, and whatever else is marked down. Spaghetti sauces and some soups are generally discounted pretty deep also.

This is the time of year to buy these items and store them in a closet, or even under beds if space is a problem. I also like to buy at least 20 pounds of rice – get the parboiled because it’s loaded with nutrients and that’s what you’ll need should any of the unpleasantness above cause a food shortage.

Parboiled rice is brown rice that is steamed in its husk. White rice loses most of its nutrients by the time it gets to the grocery shelves, so get the parboiled if you want to stay alive longer. Don’t let brown rice scare you, it actually tastes really good.

This is usually a good time to catch sugar on sale, too, but bad weather around the globe has driven prices up for now. Go ahead and get a 25-pound sack, though, because who knows when you will need it and it’s cheaper in big bags anyway.

No matter, you will still save money on your family’s grocery budget by getting the bulk size, even if we don’t have a bad earthquake.

Here’s my plan for an apocalypse, at least the food part anyway. I haven’t thought much about the other, because food and water will be the most basic needs. Feel free to adopt my plan for your own house, making substitutions to fit your taste.

A 20-pound bag of rice has 32,810 calories. That will feed a family of four about a week if you stretch it. I suggest you roughly work out how many calories your household would need a day and then divide your food by the number of days whatever event that happens is likely to last.

Buy some salt, and other seasonings as you wish, but save most of your money for sugar. A small four-pound bag has 6,810 calories, and that makes it a super food in the time of trouble.

Should our food supply run short because of natural disasters or attacks of enemies, I hope my plan will help get our little family through.

I’m thinking a little rice and cream of mushroom with a can of green beans and a spoonful of sugar for dessert will provide enough calories per meal (twice a day) to maintain life.

I plan to have Ragu or Prego a couple of times a week also. I don’t care for either now, but with coupons I can buy them cheap and will probably be glad to have them when we are all starving. Pasta is cheap, too, especially in bulk.

Store your items in plastic totes and they will be fine. Some might even take the time to divide up their rice and dry beans into serving sizes – you can put them in resealable bags if you don’t mind spending the money. (I would rather buy more sugar.)

The Editor is crazy you may think, and you may be right. But, who can argue with my plan? All the numbers I cite here come from a blog source that I trust 100 percent. The writer of the blog has written extensively about similar topics and his insight should be heeded. Really smart guy.

I will be prepared, at least somewhat, if our grocery stores one day have empty shelves and no way to fill them for shoppers. I see this in other countries on television news from time to time, and I’m not stupid enough to believe it can’t happen here.

And if we continue to lead grand lives in a beautiful city, state, and nation, and no terrible tragedy ever comes, I’ve done nothing more than saved my family some money by purchasing a $100 worth of groceries on sale.

Finally, you will note I made no mention of storing water. Yes, we will need water, but my kids leave half-full bottles of water all over the house every day. They are in every room, on every shelf. We should be fine.

Courtroom filled for swearing in ceremony