Murphree is recipient of Book of Golden Deeds Award 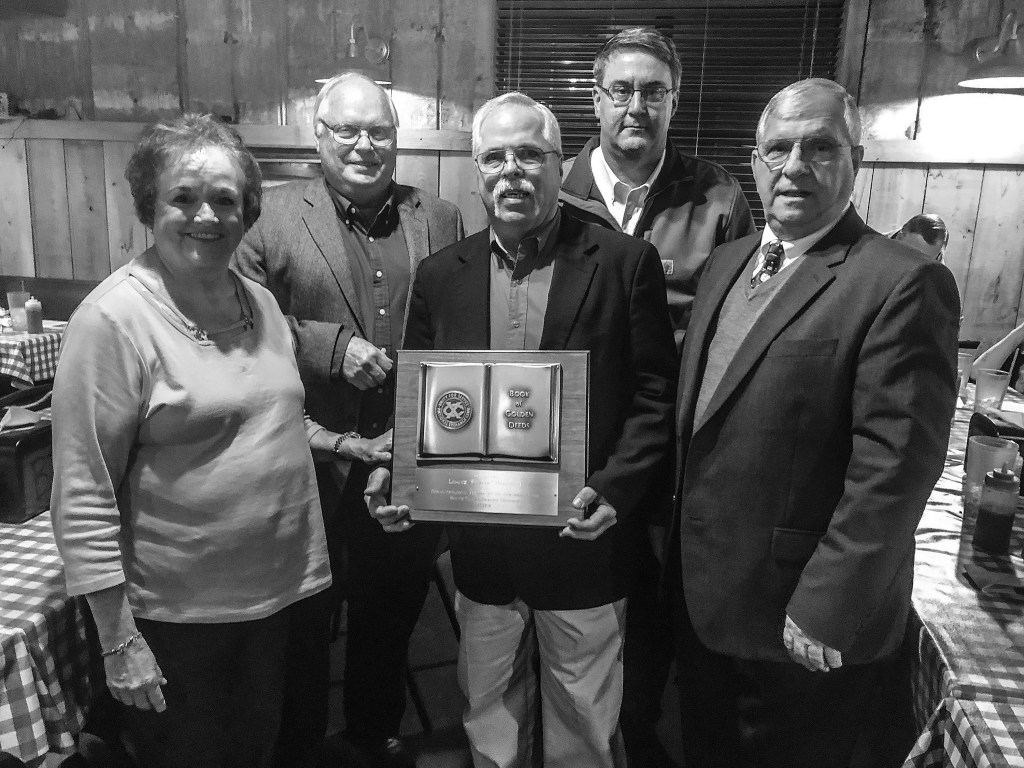 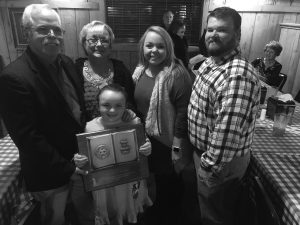 The Exchange Club of Banquet presented Scootie Murphree with its Book of Golden Deeds Award this week at the club’s Christmas banquet held at Burns BBQ in Sardis.

The Books of Golden Deeds is the highest honor and the longest running project of the National Exchange Club. First given by the Exchange Club of Huntington, Ind., in 1919, the award seeks to citizens whose time and talents are used making their respective communities better places to live.

Murphree is the transportation director for South Panola Schools, and manages 74 drivers and monitors for the 67 buses that transport students to and from the six school campuses in the district each day.

Besides the nearly 4,000 miles that South Panola buses travel each day, thousands of miles are accumulated each year driving students to sporting events, field trips, and other extracurricular activities.

More than half of the district’s buses are 10 years or older and Murphree also coordinates repairs and maintenance with his staff to keep the buses on the road in safe operating condition.

Murphree often arrives at the bus shop before 5 a.m. and never leaves Batesville until all students are accounted for.

That often means coordinating rides or driving students home himself. But, Murphree is quick to deflect any praise for his efforts.

“I’m just the foundation, the person at the bottom making it work the best we can,” Muphree said Tuesday night when accepting the award. “The South Panola Transportation Department is a team and I mean that. Every single person on our team plays an important part in keeping our students safe and we need everybody on the team to reach our goal. And every day we have a new goal and that’s getting the students where they are supposed to be in the time we have to do it.”

“I can’t tell you how much I appreciate this award, I really do, but I couldn’t do it without those drivers and the bus shop people,” he said. “Scootie might be getting the award, but it belongs to all of them.”

With 30 years with South Panola Schools – he began working on busses in the shop – Murphree has hinted at retirement. The district has hired an assistant director to begin learning the complicated system of routes and schedules placed on the transportation department, but school officials are also aware that running busses without Murphree’s oversight will be a challenge for the future.

School superintendent and Exchange Club member Tim Wilder made that clear in his remarks at the presentation.

“There are problems with busses and transportation everyday that are more than mechanical and Scootie has tackled those problems with a work ethic and dedication and with a sense of service that I think is second to none,” Wilder said. “I don’t know how we will make it when he decides to retire.”

“The thing about Scootie is that you could give him any job in the district including superintendent, teacher, principal, whatever, and he would do a great job at it because he has the work ethic, character, and the ability to talk to people in such a way that when you finish talking to Scootie you feel better than when you started,” Wilder said.

In making the presentation, Exchange Club president Jimmy Dickerson said the local club hasn’t made a Book of Golden Deeds Award in several years, but members wanted to recognize Murphree’s years of dedication to the safety of children in his role as transportation director.

“Scootie represents every aspect of the Book of Golden Deeds, and his work is especially important to the Exchange Club because our emphasis is on the prevention of child abuse,” Dickerson said. “There’s not a doubt that all the attention and love he has given to the children on South Panola busses definitely qualifies as prevention child abuse over the years.”

“The Exchange Club is honored to make this presentation and we can’t think of a more deserving person for the award,” he said.