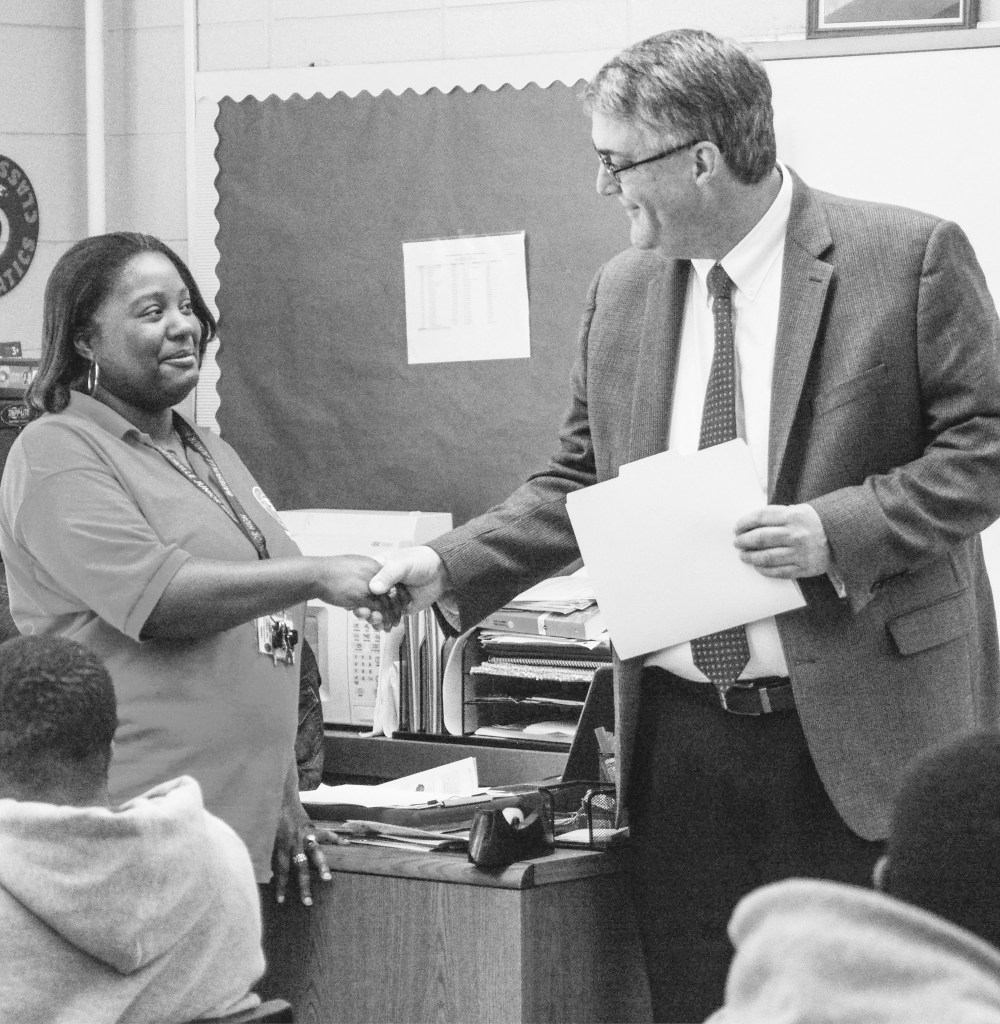 Batesville Junior High School math teacher Latara Lawson has been named South Panola School District 2019-20 Teacher of the Year. Superintendent Tim Wilder informed Lawson of the honor and presented her a certificate marking the occasion during a surprise drop-in at her classroom.

A native of Batesville, Lawson is a South Panola High School graduate. She earned a bachelor’s in education from Ole Miss before obtaining a master’s in curriculum and instruction from Arkansas State University.

She has been with the school district 14 years and serves as an advisor for the BJHS student council.