Defense is almost gone from NBA 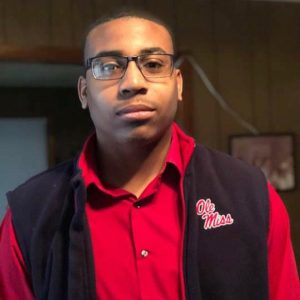 Throughout the past few decades, we have seen a lot of changes in the NBA. From the rules of regulations to the style of play, the NBA has not been the same. Recently, I have been taking a lot of steps backwards from the NBA.

Even though they have produced great athletes such as Kevin Durant, Lebron James, and James Harden, my enthusiasm for the game, is not as great as it was in my younger days.

I honestly could not figure out why I did not love the sport as much as I did eight years ago. Then I finally realized what was missing. Defense.

In the 2000-01 basketball season for the NBA, all teams averaged around 94 points per game. The team that averaged the most that season was the Sacramento Kings  averaging 101.7 points that season.

Fast forward 19 years later in the 2018-19 season, the league is now averaging a whopping 110 points per game. The team that averaged the most for that season was the Milwaukee Bucks with 118 points per game.

Still not shocked? The team who averaged the least amount of points per game in the 2019-20 season was the Memphis Grizzlies which averaged 104 points. If you don’t think it is crazy that the lowest scoring team in the NBA now averaged more points than the highest team 20 years ago then I don’t know what will.

Sure, we have seen the game evolve over time, but every year we are seeing more shooters and less defensive players. I will never forget former Grizzlies’ guard, Tony Allen, scream “FIRST TEAM ALL-DEFENSE!” everytime he made a huge defensive play.

Fast forward five years later and  Allen is out of the league. For people who do not know, Tony Allen is considered by most as one of the best perimeter defensive players to ever pick up a basketball, but because he was not able to produce enough on the offensive side of the ball, he was forced to be let go by the Grizzlies.

These days you can not just be a defensive player. If you do not contribute something with the ball in your hands, you might be on the way home. We might not like it, but sadly, that’s what the NBA is coming too.

Three most memorable Egg Bowl moments of the 21st…