Never too old for new adventures 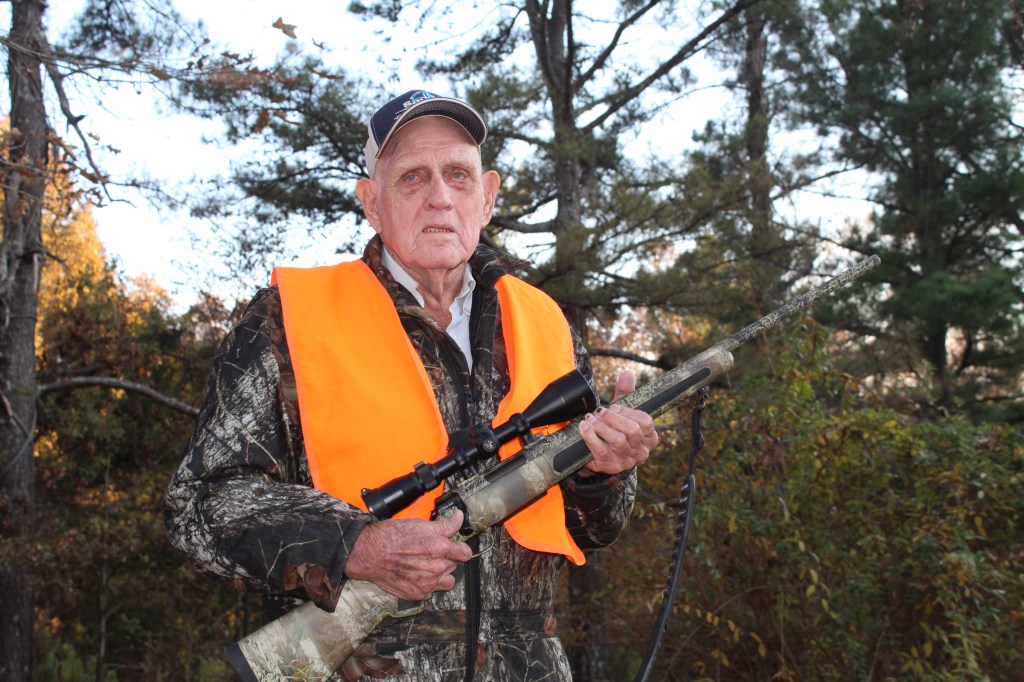 It’s always inspiring to come across someone driven by a renewed passion in life. Panola County resident Webster Mehan is such a person, with his new-found affection for deer hunting at the age of 90.

“I’d never seen a live deer in this part of the country until around I was 12, maybe later.  We didn’t have any deer at all, it was stripped.  It just wasn’t any here,” Mehan said.

He’s gained an excitement for deer hunting for the first time in his life, because of his grandson’s encouragement and enthusiasm to share in the sport together.

Grandson Benny Brent, 36, described one of the many times he’s discussed the matter with his beloved patriarch and best friend.  “All through the years I’ve mentioned ‘hey go with me,’ and all of a sudden out of the blue he said, ‘let’s go…let’s go.’”

“He kept saying ‘C’mon granddaddy go hunting with me,’ and he got me kind of  enthused a little bit… and now I’m looking forward to going this next time,” Mehan said.

The duo’s first venture was to Hardy, Ark., on the Spring River, which is an ideal spot for deer hunting usually late September-late February, along with other big game.

“Maybe in my old age I’m  wanting to pick up some things I missed back when,”   Mehan reflected.  As a teenager he enjoyed hunting, but was limited to just the rabbits, birds and squirrels found in the area.  He fondly reminisced a time he blindly killed two squirrels with just one shot with his .20 gauge shotgun.

Mehan connected putting his love for hunting on hold for decades with the distractions that came with day-to-day life.  “I went to buying this little old place here and took more time than what it should have…to take care of it and get it all straightened out, and I just got away from it a little bit. But now it seems like it wants to come back again,”  he said of his new hobby.

He lived with his wife, who recently passed away, in the house for more th abn 60 years and continues to keep up the residence.

Along with son-in-law David, Grandson Benny recalled the first time Mehan had  fired a standard bolt-action rifle since being in the Army. He said they helped him sit on the tailgate of a truck and watched him hit the target bullseye from 50 yards.

Although Mehan didn’t kill a deer the first time around, he’s committed to a follow-up sooner than later.  “I’m gonna get me one of those biguns’ with 16-18 points on ‘em,” he assured.

Mehan leaves it up to his grandson to plan their outdoor recreation, although he hasn’t yet decided if they were going to return to north central Arkansas, or try somewhere different.

Sharing company with each other is the bigger picture.

“Me and him will get us some hoop cheese and some Pepsis, maybe some pickled pigs feet and roll on,” he said, with his grandfather in agreement,.

“That sounds good,” Mehan said. “The way I’m feeling now it sounds good, but whenever you get this age you never know how long you’ll be feeling good, you know what I mean.”