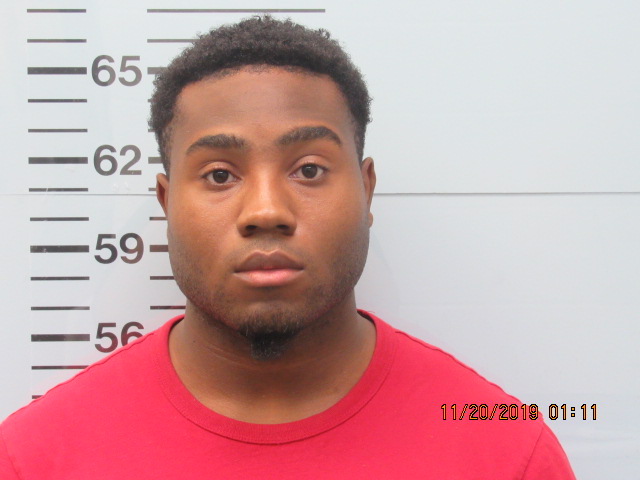 A Batesville man was arrested by the DeSoto County Sheriff’s Department after a traffic stop Tuesday when officers discovered he was wanted in Lafayette County in connection with a shooting in the parking lot of Buffalo Wild Wings on Sunday, Nov. 3.

BParis Parks, 22, was taken from DeSoto County to the Lafayette County Detention Center, where a Justice Court judge set a $50,000 bond.

The early morning shooting at the sports bar on Jackson Avenue was investigated by Oxford Police, who learned that former employee Bobby Parks, 22, of Sarah, had been in an altercation with another Buffalo Wild Wings employee the night before.

It was unclear Thursday what relationship BParis Parks and Bobby Parks are, if any.

Police say Bobby Parks was at the restaurant parking lot again about 2 a.m. Sunday and left as a passenger in a silver BMW, according to witnesses. It was then that Parks allegedly fired six shots toward a restaurant patron seated in the outdoor patio. Reports said Parks apparently mistook the customer for the person he had argued with earlier.

Officers found Parks soon after, recovered a weapon they believe was used in the shooting, and charged him with shooting into a dwelling. A Circuit Court judge set bond at $200,000 and he is currently being held in the Lafayette County jail.

Oxford police continued to investigate the case and were told that BParis Parks was the driver of the car that night and a warrant was issued for his arrest. Tuesday’s traffic stop by DeSoto authorities resulted in his arrest and transportation to Lafayette County.