Pleasing God with your body

In her article, “Anorexia Nervosa: I Almost Starved to Death,” appearing in Family Life Today, Dianne Lawson tells about being so addicted to dieting that she counted every calorie she consumed, including those in the toothpaste she was using.

Sometimes she would go two or three days without food to make up for eating a meal she couldn’t avoid.  Dianne had started dieting to lose a few pounds, wanting to get down to 108.  But before her life-threatening ordeal was over she weighed only 70 pounds and had to be hospitalized to save her life.

At the time she entered the hospital, Dianne was having severe circulation problems and was fainting frequently.  She says her skin had become ashen gray and her blood pressure was very low.  Her fingernails had ceased to grow; her body had begun consuming her own muscles for nutrition and in the process had damaged her heart.

Thankfully, Dianne recovered and as a result of her experience entered into a new relationship with God. While she once thought of Him as a supreme taskmaster, she now knows that He loves her and understands her every need. Others who have not made Dianne’s life changing discovery in time have permanently damaged their health through anorexic behavior.  Some have died.

Writing in “Family Circle,” Caroline Adams described her seven year nightmare as she battled bulimia. She explained that she had come to blame society for expecting

women not only to be bright, witty, exuberant and beautiful, but also able to fit into size

Trying to live up to the expectations of others seems to be the common thread running through most of the stories of those who jeopardize their health and risk their lives to be thin or popular. They often feel they must conform to the pressure of their peers, their families, society, a gang; even if it destroys them.

Interestingly, when we choose to please people or ourselves rather than God, it often affects our bodies. Consider the broken health of many who have become addicted to alcohol or other drugs while trying to be popular with a particular crowd.

We need to understand that our bodies are important to God (Romans 12:1).

A group of teens broke into a church building and vandalized it. They poured paint over the organ and pulpit and generally desecrated this house of worship.

The community was understandably outraged, demanding justice.  According to the Bible, however, the body of each believer is a temple of God (a sanctuary) and deserves special care (1 Corinthians 6:19).

Pastor Knute Larson, of “The Chapel” in Akron, Ohio, taught this important lesson to his congregation through the following note in the church bulletin: “Thank you for bringing the sanctuary into the church building. We have brought our sanctuaries, God’s dwelling places, into the building set aside for the church to meet.”

Many who have tried to break free from health destroying bondages found they were unable to do so in their own strength.

In pleasing God, we gain the power to overcome things that adversely affect our bodies. But without faith it is impossible to please Him.

Roger Campbell was an author, a broadcaster and columnist who was a pastor for 22 years. 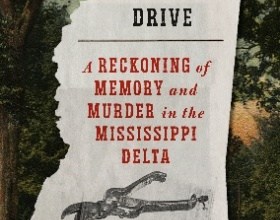 Thinking of 30 years of change at Ole Miss