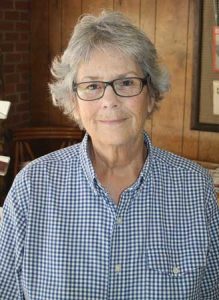 Dear Don has been sporting a nasty black eye and cut above his left eye. He is telling folks who are curious that he tried to take the TV remote away from me while I was watching the Kid’s Baking Championship Final on TV.

That was of course not the case. I do like cooking competitions on TV but I rarely resort to violence after watching one. The worst I would do would be to mess up a recipe that I was trying to repeat.

But seriously, he fell out of the bed and hit the corner of the night stand on the way down and that is the reason for the injury.

This happened in the middle of the night, and he had chosen to sleep in the guest bedroom/office that night because he had been having trouble sleeping and we had both suffered as a result.

The bed in the guest room is a twin bed. Rarely would we have anyone that needed a larger bed and this extra room was for our grandsons when they were younger and were frequently here.

So he did not have much room to maneuver the night he fell out.

I awoke to a loud thud and then the sounds of yelling and screaming. As I rushed to his room I found him tangled in the bed covers and bleeding profusely from the head wound. We managed to get to the bathroom and put cold pressure on the cut and eventually the bleeding stopped.

But before I could help him clean up he looked like someone in a horror movie. Blood was gushing and covering his head and his arm and hand where he had attempted to stop the effusion.

I tried to talk him into going to the ER, but he would not consider it. I worried about such a head wound, and he worried that he has no medical insurance.

We attended to the injury with antibiotic ointment and cold compresses over the next few days. The accompanying black eye was his first and a real beauty. Eventually the swelling subsided and each day he looked less and less like the victim of a good right hook.

There was little to no pain, but it looked terrible.

He is back to normal now with just a little residual yellow, black and blue under that eye.

Things could have been so much worse.

As you read this we are officially in autumn and the first week in October. The temperatures are still in the mid-nineties which takes all the fun out of Fall. Hopefully we will soon see a break in the hot days and I am most thankful for the lower humidity which is hovering around 40 percent.

A change of seasons is always a good time to reflect and restart. I like to clear out clutter (where does all this junk come from anyway?) and walk the property to see what needs attending to. Lot’s of things fall into that category here. The old pear tree that my Daddy planted 40 plus years ago has split and the part that fell away needs to be cut up and the debris removed.

Our patio garden is awful and needs lots and lots of work. Most of it we have no clue where to begin.  We have been waiting on cooler weather for a month now. The forsythia bushes in front of the patio have weighed themselves down and are dying off by the weight on the branches. They will need a serious pruning as soon as we can get out.

One good thing is that we are still harvesting tomatoes. I don’t remember a season that produced from June until October with a single planting. These are Sweet 100 cherry tomatoes and have the very best flavor.

Even the poor deer that frequent the yard are looking tired of the heat. If I had to wear a coat of fur I would surely look more than a little irritated too.