Juneteenth enjoyed for its history, meaning 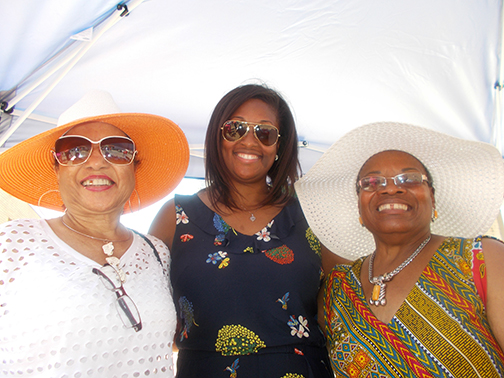 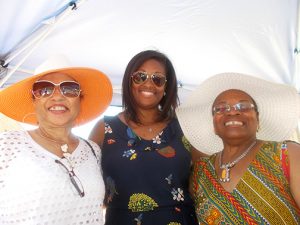 Other photos by Donna Taylor for Juneteenth are located under the photos link.

All my adult life, I have longed to go to Memphis to participate in the Juneteenth celebration. Thanks to Melissa Nelson and her enormous slew of volunteers, I don’t have to. On Saturday, June 9, 2018, the city of Sardis held it’s inaugural Juneteenth celebration with a huge turn out. I was honored to be present and to meet people from all walks of life and to educate a few on the meaning of Juneteenth.

The Emancipation Proclamation was signed by President Abraham Lincoln on January 1, 1863 freeing all African descendants who had been in bondage since the late 1500’s. (Some differ on the year, but the first Africans arrived in America in 1555). They tend to believe the first arrival was in Jamestown, VA in 1617.

It wasn’t until June 19, 1865 that a group of Union soldiers passing through Texas saw and talked to some African Americans and informed them that they were freed people!!! Since that day, it has become a celebration of freedom for people of African descent who were robbed of their freedom and human rights.

It pains me when my own people don’t understand why Juneteenth is such an important occasion.

When I lived briefly in Houston, Texas, where Juneteenth is celebrated so lovingly and with such pride, I get frustrated that people haven’t educated themselves on an important event as this. OUR freedom was announced through these word-of-mouth conversations and to treat it so nonchalantly is a slap in the face to people like Harriet Tubman, Nat Turner and many more that we’ve never heard of. Study this evolution!! It wasn’t taught to us in school. And the history that we received in school only told us about the abuses our ancestors endured as slaves. We were taught that we were ONLY slaves. Not the Kings and Queens that we derived from in Mother Africa.

To this day, we are still treated as second class citizens, in my humble opinion, because our captors decided that for us.  It was instilled in us that white people were superior and us Black folk were inferior. History has proven that to be a lie of epic proportions!!

So to Mrs. Nelson and her team of righteous believers, I salute you!

I met so many people that day, June 9, who had no idea what Juneteenth was or meant. I’m happy they came and I’m equally ecstatic that I could kick a little knowledge with them. I was sitting at a booth with Mrs.Vernice Avant amd Miss Verna LaSha Hunter, two strong and significant Black women. We had a great time. Their titles didn’t matter. We were just Black people celebrating the perseverance of those who came before us.

Politicians were taking advantage of the huge crowd by campaigning but not one acknowledged the historical moment of the day. Votes were all they were interested in. Boo Hoo!!!!

I did get to meet Greg Davis, the new tourism coordinator for the city of Sardis. Alderman Michael Price was introducing him to citizens. Mr. Davis presented himself to be a cordial individual regardless of his past legal problems. I love it when people venture forward despite their mistakes or bad decisions.

I’m looking forward to next year’s Juneteenth Extravaganza in Sardis and if the Lord is willing and the creek don’t rise, I’ll be there! I’m hoping people would have educated themselves on this important event and appreciate the fact that despite the odds and roadblocks, our people made it. They tried to create a better world for us and we must in turn honor their sacrifices!